One Shot Wonder: Once a month shot for opioid addiction works just as well as daily medication 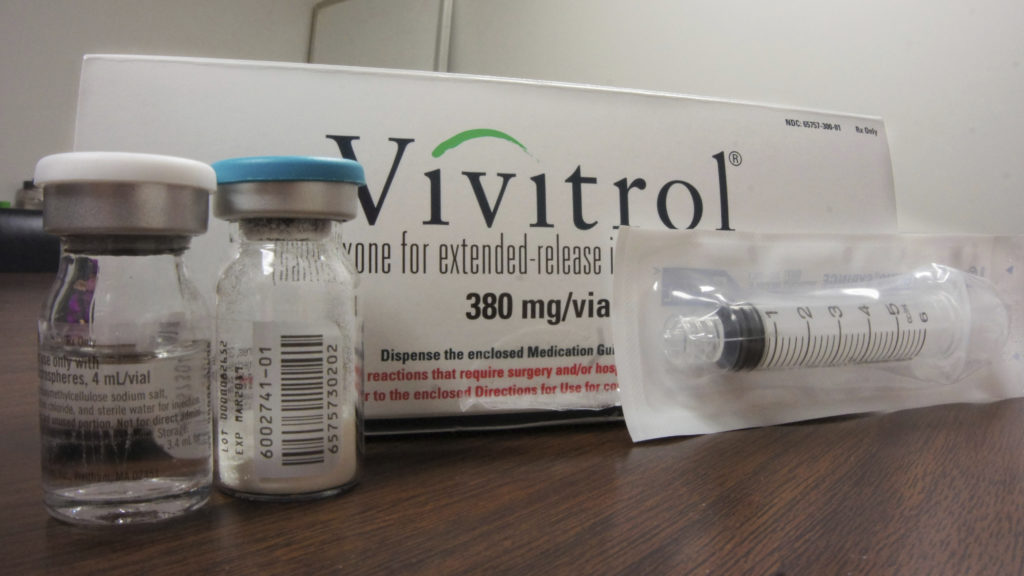 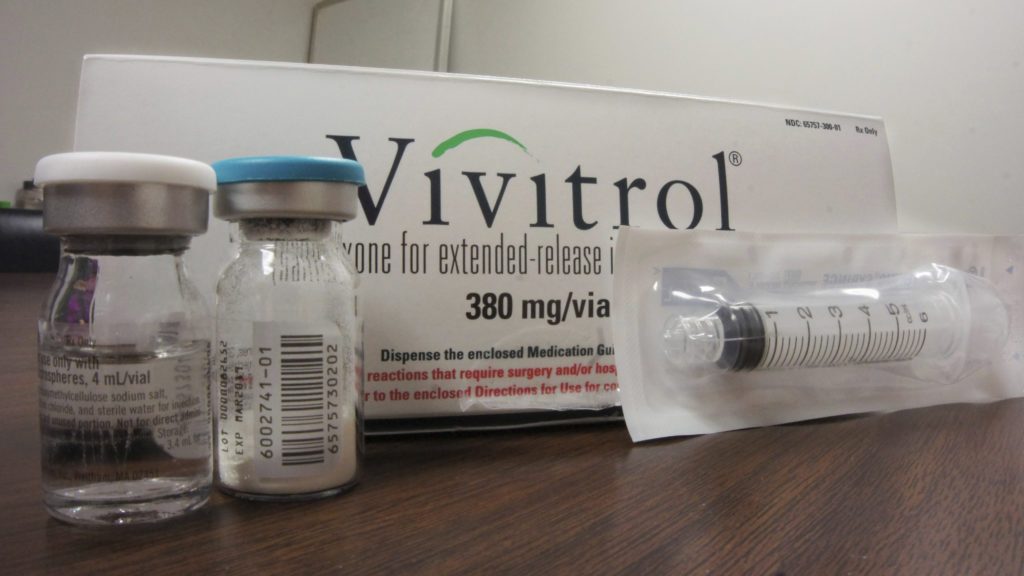 This Oct. 19, 2016 photo taken at Family Guidance Center, an addiction treatment center in Joliet, Ill, shows the packaging of Vivitrol, a high-priced monthly injection used to prevent relapse in opioid abusers. U.S. prisons are experimenting with the medication, which could help addicted inmates stay off heroin and other opioid drugs after they are released. (AP Photo/Carla K. Johnson)

Would recovery be easier if you only needed one shot a month? No more daily pills you would have to remember.

David Armstrong from Stat News released an article on a recent study for Norway explaining the new drug.

A once-a-month shot to treat opioid addiction was as effective in maintaining short-term abstinence from heroin and similar drugs as a more commonly prescribed daily treatment, according to the Norweigan study.

The study is believed to be the first to directly compare Vivitrol — administered as a monthly shot — with a combination drug treatment sold under the brand name Suboxone. In the U.S. and many other countries, Suboxone or methadone have been the standard medical treatment for people with an opioid use disorder.

Researchers in Norway found the two treatments were similar in terms of safety and efficacy in helping opioid-dependent people refrain from illicit drug use during a three-month period.

Many addiction specialists, however, are waiting for more research before considering Vivitrol as a treatment option. A larger study comparing Vivitrol and Suboxone, funded by the National Institute on Drug Abuse, is expected to be released in December. That study also tracks subjects for a longer period of time. Several other studies are also underway. The two treatments work in different ways. Vivitrol, which is a version of the drug naltrexone, blocks the euphoric and sedative effects of opioids. Suboxone is an opioid — comprised of buprenorphine and a small amount of naloxone — that produces less of a euphoric effect than other opioids like heroin. Suboxone and methadone have been well-studied and shown to be effective in keeping people in treatment and reducing illicit opioid use.

The federal government has called for expanded access to medications for treating opioid abuse. Most inpatient treatment facilities in the U.S. remain abstinence-based, despite high relapse rates associated with that approach. “The message is that there are two ways into rehabilitation of opioid- or heroin-dependent individuals,” said one of the study authors, Dr. Lars Tanum of the Norwegian Center for Addiction Research. “You can keep them on low-harm opioids or give them opioid-blocking treatment.” Some people are opposed to the use of Suboxone and methadone because they are themselves opioids — and, in most cases, must be taken daily. People taking these medications can function at a high level and are not considered addicted. But Tanum said in some countries, including Norway, people using Suboxone as a treatment for opioid dependence are barred from certain jobs, such as operating heavy machinery, or driving a car.

In the U.S., Alkermes has heavily marketed Vivitrol to drug court judges and prison officials. Some in law enforcement favor the use of Vivitrol because of the fact it is not an opioid and given monthly. Others have been critical of that approach, saying it unfairly stigmatizes the effective use of Suboxone and methadone in treating people with opioid use disorders. In June, the Department of Justice subpoenaed records from Alkermes related to Vivitrol.

The Norwegian study randomly split 159 patients into two groups, one receiving Vivitrol and the other Suboxone. The study participants knew which treatment they were receiving, which can bias results. The researchers reported patients in both groups stayed in the study for similar lengths of time — a little over two months, on average. About a third of the patients dropped out of the study. There was little difference between the two groups in the number of patients testing positive for illicit drug use during the study.