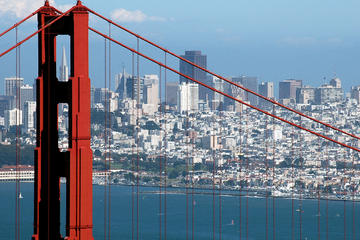 San Francisco is a hit city for activity on the map of America. Walking around Chinatown or Mission District and maybe even hitting the beach, there is plenty of things to do by foot in the city.

If you walk around long enough you may see someone shooting up in plain daylight. If you didn’t see the action, you may step over their syringes they shot and tossed.

The drug epidemic is rising to the plain site on the streets of San Francisco. With the uprising, the city officials are starting to move towards the first ever supervised injection site.

Supervisor London Breed has been a supporter of the idea. According to California Today, in an interview with Breed, she recounted some of the efforts so far to address the drug problem: outreach, a needle exchange program and cleanup crews that collect thousands of syringes a month.

“But that’s not all working,” she said.

The United States has had a needle exchange program since 1980. The effects have slown the spread of deadly viruses and lured in addicts to public health centers.

Other countries such as Australia, Canada, and multiple other European countries have had them for years. Supporters in those countries have said,” Injection facilities that include clean syringes and medical supervision extend the benefits for reducing users to spread deadly diseases.”

There are many Californians who are in opposition to this plan. They feel that it normalizes drug use. Alongside the citizens, there was a strong resistance from law enforcement.The proposal was sent to the state Senate on the matter of injection sites but was declined due to the influence of law enforcement.

Ted Gaines, a Republican lawmaker from Roseville, was one of the “no” votes. “I don’t think you should enable a person to remain in misery,” he said.

This month, the San Francisco board of supervisors will hold a hearing on the injection site proposal to bring the project up once again.

Ms. Breed, the board president, said she had once dismissed the idea as out of bounds. But her thinking evolved in April after a trip to have a look at the supervised injection program in Vancouver.

She was impressed by the cleanliness of former drug enclaves and the testimonies of addicts who were now at least in dialogue with counselors.

She said,” “This is hard for me. I’m still struggling with it. But what we’re doing now is not solving the issue.”

The city of San Francisco is looking to clean up their streets and allow citizens and tourists an enjoyable walk throughout the city.

My Rehab Recovery is working with quality treatment facilities to get addicts off the streets and the help they are looking for. We do not stand to enable the use of substance abuse. There is nothing more valuable than your life.